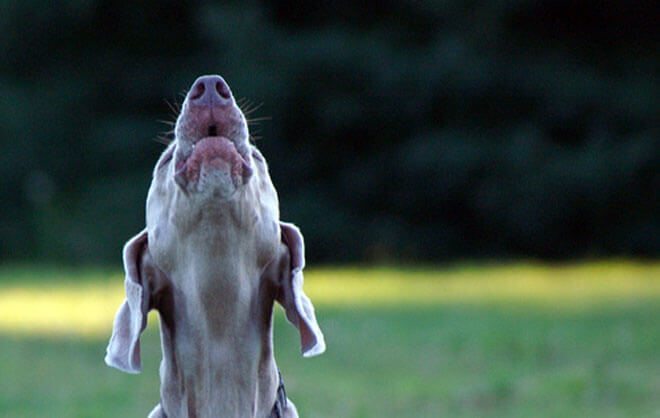 Our four-legged friends communicate with each other in different ways and some of these derive from their closest relation: the wolf. Canine language is therefore composed of different vocalizations including barking, the growl, moaning, and finally the howl. But why do dogs howl? Let’s find out the meaning and let’s try to understand what a dog who howls at night wants to tell us …

The howling of wolves in the wild

In nature, the howl has the function of signaling ones’ presence and of reuniting the pack; in the case of wolves, to prepare for hunting. Some studies have shown that every wolf has a different howl. In particular, some researchers have succeeded in replicating the howls of wolves in order to capture them.

The experiment proved to be really interesting and brought with it an important discovery: it was only the young wolves who fell into the trap and not the adults who knew how to recognize the origin and identity of each howl and therefore of each individual in the pack! 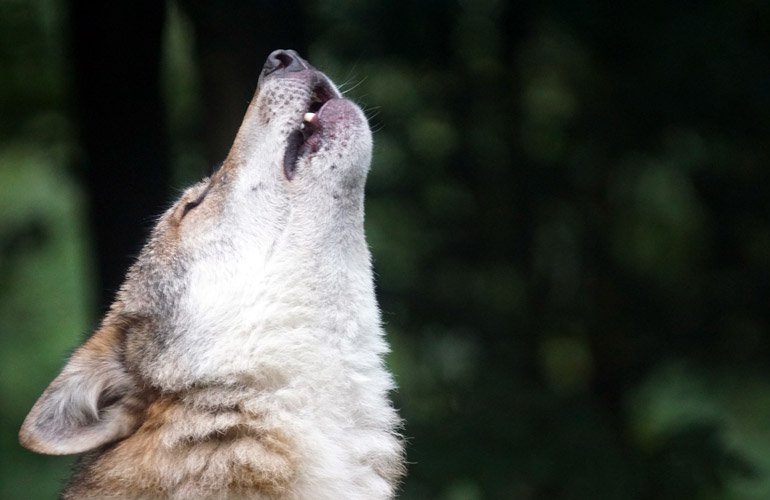 Why do dogs howl

There are dog breeds that howl more than others, just to name a few just think of the Siberian Husky and Alaskan Malamute . Other breeds, however, have partially lost the ancient meaning of the emulation, which is to transmit their position to the rest of the pack.

In any case you will have noticed that dogs howl in particular circumstances, all having a common denominator: isolation; for example when they are left alone in the house or in the garden for many hours. It is precisely this state that awakens in them the ancestral desire to want to communicate with their peers, indeed with their pack, and therefore with man, who is often recognized as his main reference, his leader .

Also we know that dogs can howl if they are removed from females in heat. In this case the howl aims to recall to the female if one of them is removed or even locked up.

Why do dogs howl at ambulances?

When dogs howl at ambulances or sirens, they are simply responding to their sound; a sound that often has sound frequencies very similar to those of the emulation. Dogs who are very sensitive and eager for social contact could therefore respond to these sounds.

The speech changes when the dogs howl at the sound of bells, cell phone ringtones or other special sounds. In this case the sound frequencies are not similar and the problem could be related to the learning of the puppies. The latter in fact, in the first months of life learn how to howl from their parents, responding to them at specific frequencies. The same thing also affects the contact with the human being; for example if the dog howls when you sing , it means that he is singing with you, indeed from his point of view, he is howling with you! 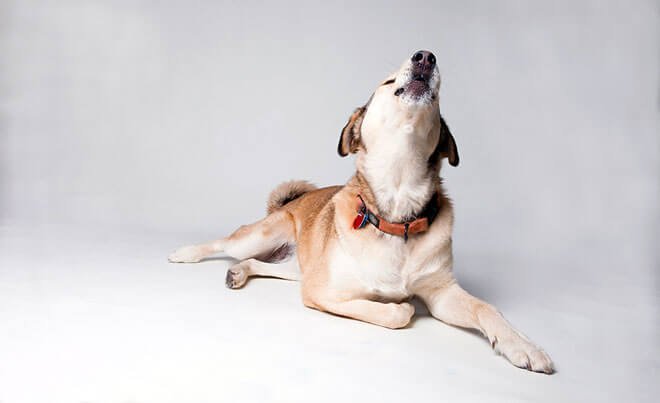 What to do when your dog howls at night?

For some neighbors, a dog that howls at night could really be a problem. But before blaming our four-legged friend we should ask ourselves some questions … For how many hours do we leave the dog alone at home ? Is the dog relegated to the garden in solitude all night?

As anticipated, the dog howls in cases of isolation, and as a result is communicating its discomfort and its fear. Through the howling, the dog calls out to their pack to rebuild the lost unity. If the dog howls at night, it might therefore be a good idea to think about getting a second dog to keep him company. Watch out.. this does not mean you can leave them both alone all day and all night and wash your hands of them!

You will always have to try to spend as much time as possible in the company of your four-legged friend, making him feel like a real member of the family. For example, at night, if you have the chance, do not male your dog sleep alone in the garden , let him come into the house with you and you will see that the problem will soon resolve itself, he will sit in his bed and sleep peacefully knowing he is close to his pack .

Finally, know that when the dog howls too much, even when you leave for very short periods, it is appropriate to turn to a good dog trainer because your dog is likely using this tactic to make you come home earlier. Discovering the cause of dog howling is always the first step! 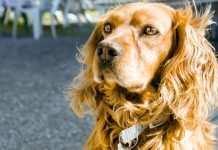 Dominant Dog Behavior: Advice on what to do

Canine sixth sense, is it true that dogs have a sixth...