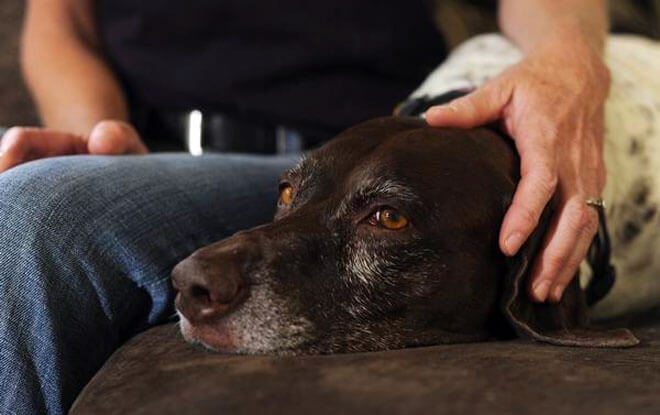 As Axel Munte wrote in St. Michael’s History, dogs have a great defect in their perfection: they live too little. In fact, it is very difficult to share your life with a very old and sickly four-legged friend. Which brings us to canine euthanasia… We find out what euthanasia is and how to euthanize a sick dog without making them suffer…

The great strength of dogs

Dogs, unlike humans, have a high threshold for pain and when they collapse it means that the end is near for them. In nature, when a dog becomes old and realizes its end, he moves away from the pack to be alone.

This instinct is also present in domestic dogs. When they are sick or perceive that the end is near, they tend to move away from their adoptive family. They curl up in a corner, no longer climb onto the bed or couch and avoid contact with their master.

How to decide whether to euthanize your dog

It is never easy to decide to put a dog to sleep, that is to practice euthanasia to put an end to his suffering. This decision obviously depends on the report and the veterinarian’s opinion. After evaluating all the tests, your vet will tell you whether you will have to prepare for this decision or if there is still hope. It is up to you to decide whether to euthanize your dog, and it is always a very difficult decision, especially for those who consider their dog as their child …

Unfortunately, this is not the case for all, there are people who ask for euthanasia from the veterinarian even though the dog, despite his age, is in perfect health. And not only; sometimes these individuals feel better with their conscience or maybe because they are rejected by the veterinarian, they take it to the dog shelter, thus avoiding having to take care of it. We personally wish these “people” exactly the same end they would like for their dogs.

The European Convention on the Protection of Pet Seals concluded at Strasbourg on 13 November 1987 reads as follows: 11 :

Every killing must be carried out with the minimum of physical and moral suffering in view of the circumstances. The chosen method, except in cases of urgency, must:

The person responsible for the killing must ensure the death of the animal before removing it.”

Italian legislation has resumed almost entirely the European Convention with the Law of 4 November 2010 no. 201. Therefore, as recalled by art. 11 of the Convention also applies to our order. Although many countries have ratified the Convention, there are some realities in which the procedure of dog euthanasia is carried out in such a way as to cause much suffering to animals. A classic case is the Spanish Perreras.

How to euthanize a dog painlessly

Article. 11 of the Convention, reproduced in full by Italian law 201/2010, envisages deep general anesthesia as a fundamental step to guarantee the animal the absence of suffering. The good veterinarian therefore first sedates the animal as if preparing it for surgery, then applying anesthesia. Only once the animal is completely asleep will it be practiced the actual euthanasia that consists of the lethal injection of substances capable of blocking involuntary breathing muscles.

Generally at this stage the dog remains conscious and it is for this reason that the anesthesia is first performed! However, not all of Europe is following this procedure to carry canine euthanasia. In many cases, in order to save, the anesthesia is omitted and it proceeds directly with lethal injection, causing the animal to suffer.

This is the case for the Spanish Perreras where the municipalities give 80 euros for each killed dog and so the operations are about to save as much as possible. This unfortunately does not happen only in Spain but also in other countries, where humans only for the sake of making money speculate about the suffering of the innocent. 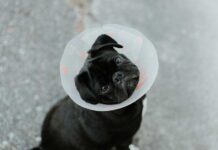 How to bathe a dog: first bath and how often should...

Foxtail grass dog symptoms and how to protect our dogs