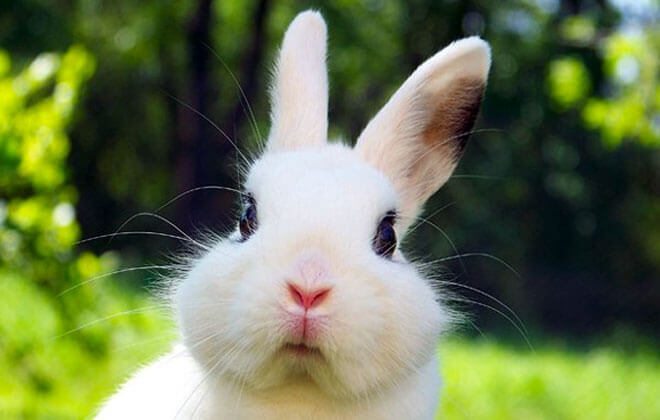 If your dwarf rabbit bites, it hurts – and not only physically. When our bunny bites us, it seems that it is turning against us, as if we were strangers from which they felt compelled to defend themselves. In reality, things are not like that at all! There are various reasons why our rabbit can be aggressive, even against us; it is only necessary to understand his behavior and his motivations. If the rabbit bites his master it does not mean that he hates or is not fond of his owner! He’s just communicating something … even if in a rather aggressive way!

Why does the rabbit bite his master?

The reasons why the rabbits bite their owners are multiple and are generally related to specific motivations. Obviously, we must not forget that each bunny has its own character; this means that it can be more or less calm and more or less aggressive. Let’s now look at the most common situations of aggression ..

The “leader of the pack” rabbit

The rabbit is a very territorial and generally gregarious animal, but there are dwarf rabbits with a very strong personality that use aggression to reaffirm their role as the a leader in their group; which includes, of course, also his two- legged friends!

This translates into aggressive rabbit behavior : it can bite, gently nibble or dart with its snout and emit small guttural lines similar to grunts; for example, to chase us away from the place he wants on the couch. Or still get angry if we clean the cage or try to pull it out of its favorite hiding place.

Rabbit biting for the nervous

Many times the rabbit becomes aggressive because it is in heat (very common). Bunnies become very nervous and aggressive, especially if they are used to being alone. Even if the bunny is pregnant, she can show nervousness and aggression! Moreover if we keep our dwarf rabbit for many hours in a cage it is more than normal that it is nervous and that it gets bored …

What to do if the rabbit bites

In the case of a rabbit with a strong personality and a desire for leadership, one must be firm and oppose his insistence. This does not mean scolding or being aggressive towards him! The goal is, more simply, to show him that the leader is you. For example, if your bunny comes to chase you away from the couch, just pick up your rabbit the right way and place him at your feet, saying a brisk “No”. It is about training him to renounce certain behaviors and vice versa.

If the behavior of the biting rabbit is instead related to a hormonal storm; there are two ways to go and you have to evaluate them carefully before deciding. You can, in fact, proceed to the sterilization of the rabbit or join a companion / companion to our hairy friend / a. However, the coupling of rabbits deserves a separate discussion; an average gestation of 30/35 days can already give us an idea of ​​the rhythm of reproduction of these fantastic creatures, with everything that can be done for them and for us!

If the nervousness is due to stress and is the result of the constraint in places inadequate for its psychophysical well being; the best thing would be to secure at least one room in your home, so that it can have as much space as possible when you are not there. If the behavior of the dwarf rabbit is aggressive it can be caused by specific stresses, such as a change in his life or in that of his family (for example, having received another animal in the house); it is necessary for your rabbit to get used to the new conditions.

Finally, if the rabbit bites because of suffering, all the signals it sends will have to be observed; it could have some serious health problem. Needless to say, in this case, it will be necessary to take him immediately to your trusted vet!