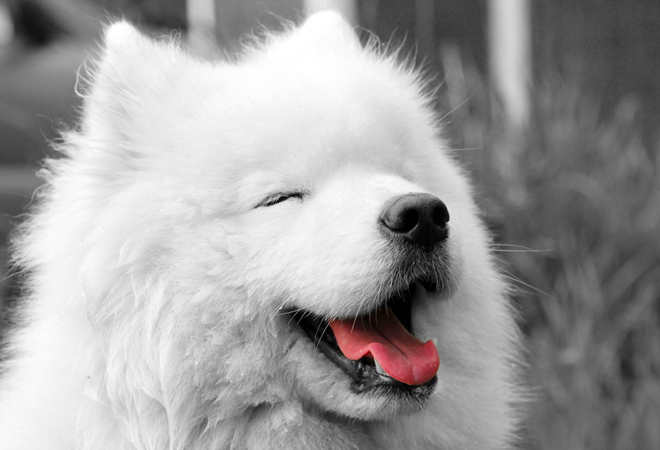 We often here that the only things our dogs are missing is the power of speech. In fact the dog language is not so devoid of “words” as one might think. It’s possible they do not need words as complex as ours to tell us what they are feeling; their body language is much more effective! Here we discover how to understand the language of dogs by analyzing their behavior and watching every single movement of our friends, in order to understand what they want to communicate through their canine language!

Compared to ours, dog language is expressed more through body language than verbal, dogs assume postures and specific behaviors in order to convey their mood and their demands for attention. The canine language, unlike ours which is full of rules, words, and compound sentences, is essential and pragmatic.

Our canine friends are able to express their emotions in various ways: through facial expressions, posture, behavior and verses. You will see that understanding dog language is not as impossible as many think!

The canine language is able to express many moods, and is rich in soothing signals but also intimidating ones. We find out how to figure out which is which!

If you want to understand the language of dogs , the first thing you’ll have to watch is their facial expressions! For example if the dog has narrowed eyes they are communicating a sense of pleasure but also of submission; on the contrary if they keep their eyes open they are in an alert state. Similarly, even the way they look at things may indicate different levels of security, if the gaze is fixed and straight means they feel very afe, but if it is lateral and elusive, just the opposite, its likely they have done something wrong!

Even the dog’s mouth is interesting. A relaxed and half-open mouth is a typical sign of a calm dog, but if the corners of the mouth are up, your dog is also happy, and if they show a little teeth it is a kind of welcome. If the angles of the mouth tend downwards showing the canine teeth, perhaps you’d better run away … heed the signs!

If the dog licks his nose he asking forgiveness, but if the dog licks his lips that is another calming signal , it means that the dog is peaceful and relaxed. Typical licking on the face of another dog is an affectionate and caring gesture, if they click their tongue while yawning, the dog is probably very nervous or anxious. 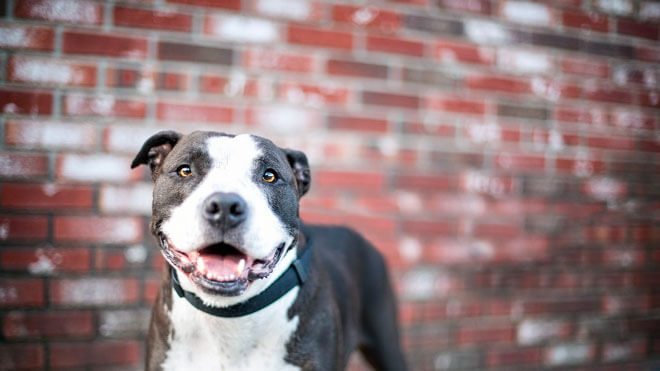 To understand the dog’s language, their posture is a very important aspect of their communication. If your dog is standing upright, with their chest forward it means that they feel very self-confident, almost cocky! Conversely, a scared dog or just very shy one will humble himself by bowing his head and going low to the floor. If they want to invite you to play with them they usually bend slightly on their front legs taking a bow position. But when they’ve gotten into some mischief, they will roll onto their side or on their backs to expose their belly!

Let’s move on to the tail, perhaps the most expressive portion of all! If your friend puffs up the hair on their back and on the top of their tail it means they are ready for the challenge, but if the dog holds his tail between his legs, or very lowly, it means that he is afraid. If the dog wags its tail, depending on how he does, it is not necessarily synonymous with happiness. In fact, it’s a sign of happiness only if the dog wags its tail and runs fast, but if the dog keeps his tail rigid with slow movements, it could even be a prelude to a fight!

Finally we come to the legs! If you want to challenge another dog, surely the dog will use his leg and put it on the other dog. If they want to attract another dogs attention, they may thrust their leg forward towards the other dog. If the dog is with you, his human friend, he may stretch his legs out to you to get your attention. He will do the same when he wants to indicate something, a defined target, whether it be a toy or his favorite blanket!

How to understand the ways of dogs

The dog’s language is very rich and has a nice repertoire of sounds that are to be interpreted and translated exactly on a par with any other language. It is necessary to pay attention to the tone, the bark repetition, and the length of the sound. Do not worry, you do not have to be of sound technicians to understand what a barking dog is trying to communicate. Here are some clues:

If you’ve arrived to this point, the dog language has no more secrets for us dog lovers , although we will certainly have a lot to learn from furry friends, since they are capable of surprising us every day!

Why is it so bad to talk about dog pack leader?

Why dogs howl and what to do if your dog howls...