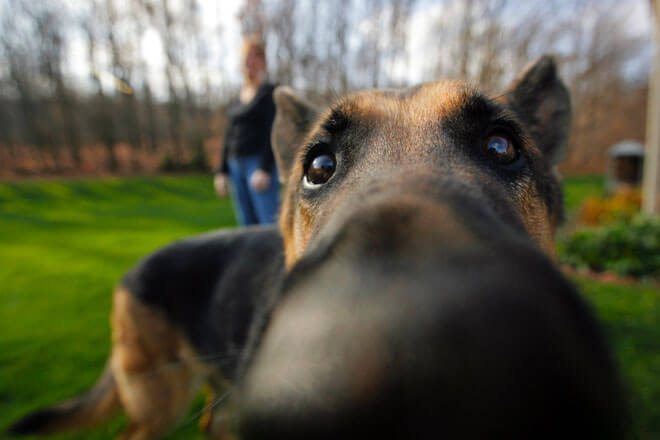 We always trust our friends! If we have a dog that is towards strangers, there is always an underlying reason; in most cases, the dog is suspicious towards people who have harmed him or who he just doesn’t feel good about. We discover an interesting scientific confirmation in support of this statement.

Mistrustful Dog: What does science say?

A team of Japanese scientists headed by Kazuo Fujita, a professor of comparative cognition at Kyoto University, conducted research which revealed that dog lovers are right. Dogs socially and emotionally evaluate people regardless of any interest that may arouse in them. According to Professor Kazuo Fujita:

“This capability is one of the key factors in building a cooperative society and shows that dogs share this ability with humans.”

To test the hypothesis, the Japanese researchers used three groups of eight dogs. The experiment required the presence of three people, plus the owner. Of the three people: one was working, one refused to do so and the third remained neutral. At the end of each test in order to evaluate the behavior of the dog, the three people offered food to the four-legged friend. The result saw that the dogs refuse food from the person who did not work with their master.

It may seem obvious, because those who share their lives with dogs already knew this, but science must still theoretically prove the so-called empirical evidence. Science or not, the  dogs mistrustful behavior towards those they don’t like is just another confirmation of why the dog is considered man’s best friend!