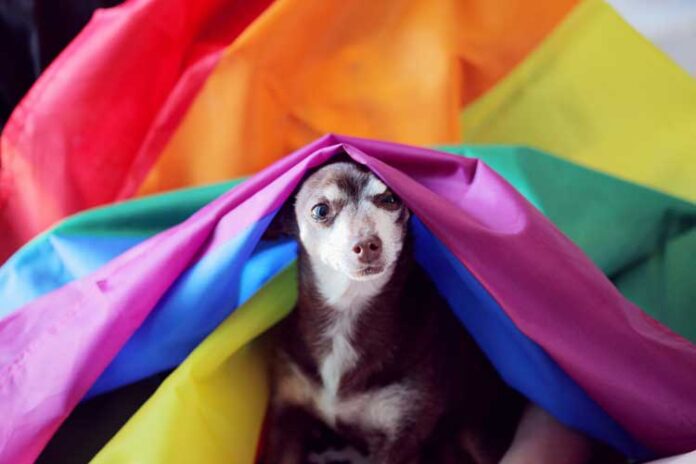 When two dogs males or two females come together, it can happen that one of them tries to mount another and contrary to what humans think, that doesn’t mean that they are gay dogs. Let’s better explain the dynamics of the dog mounting and let’s find out if gay dogs exist!

When two male dogs meet, often it happens that one tries to mount on other’s back, mimicking the sexual act, know as doggy style. Can dogs be gay? No, it is simply a canine behavior that the dog uses to assert their superiority or social position. If either accepts the mount without opposition, it means the one dog recognizes the other’s superiority. If they do not accept, they will show their teeth and do everything to avoid being mounted. This situation is common among males of different ages: for example, dogs that are entering adulthood may find themselves ridden by other, older male dogs.

For many people it might seem strange to discuss this subject, perhaps as soon as you read the title we managed to snatch a smile, but it is very important to have this information. 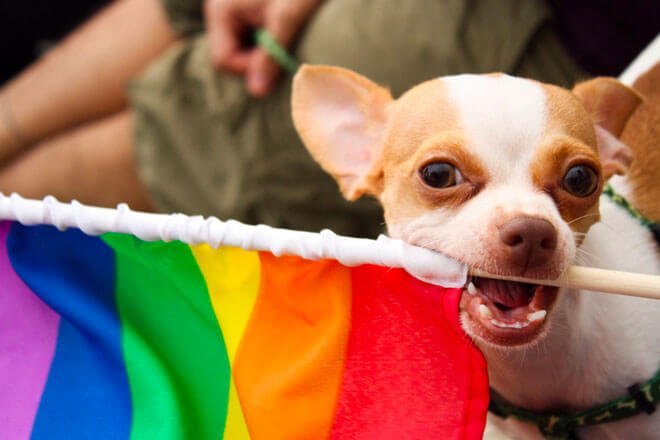 The homophobia of people has managed to do harm even to our four-legged friend … There was a case in Tennessee where a bulldog mongrel was abandoned in a shelter because the owner saw him mount another male dog. This person was not aware of this canine behavior is normal among male dogs and saw fit to abandon the dog because he thought he was gay, and against nature.

All in all, according to our point of view it would also be nice if there were some gay dogs, there would be fewer stray dogs, abandoned dogs, and less puppies needing homes. But let us always remember that nature is smarter than man … The survival instinct of animals is very strong and if your dog (you think is gay) finds himself in front of a female in heat, you can be sure that sooner or then it is inevitable that they will mate.

How do dogs see? Do dogs see colors? All about a...