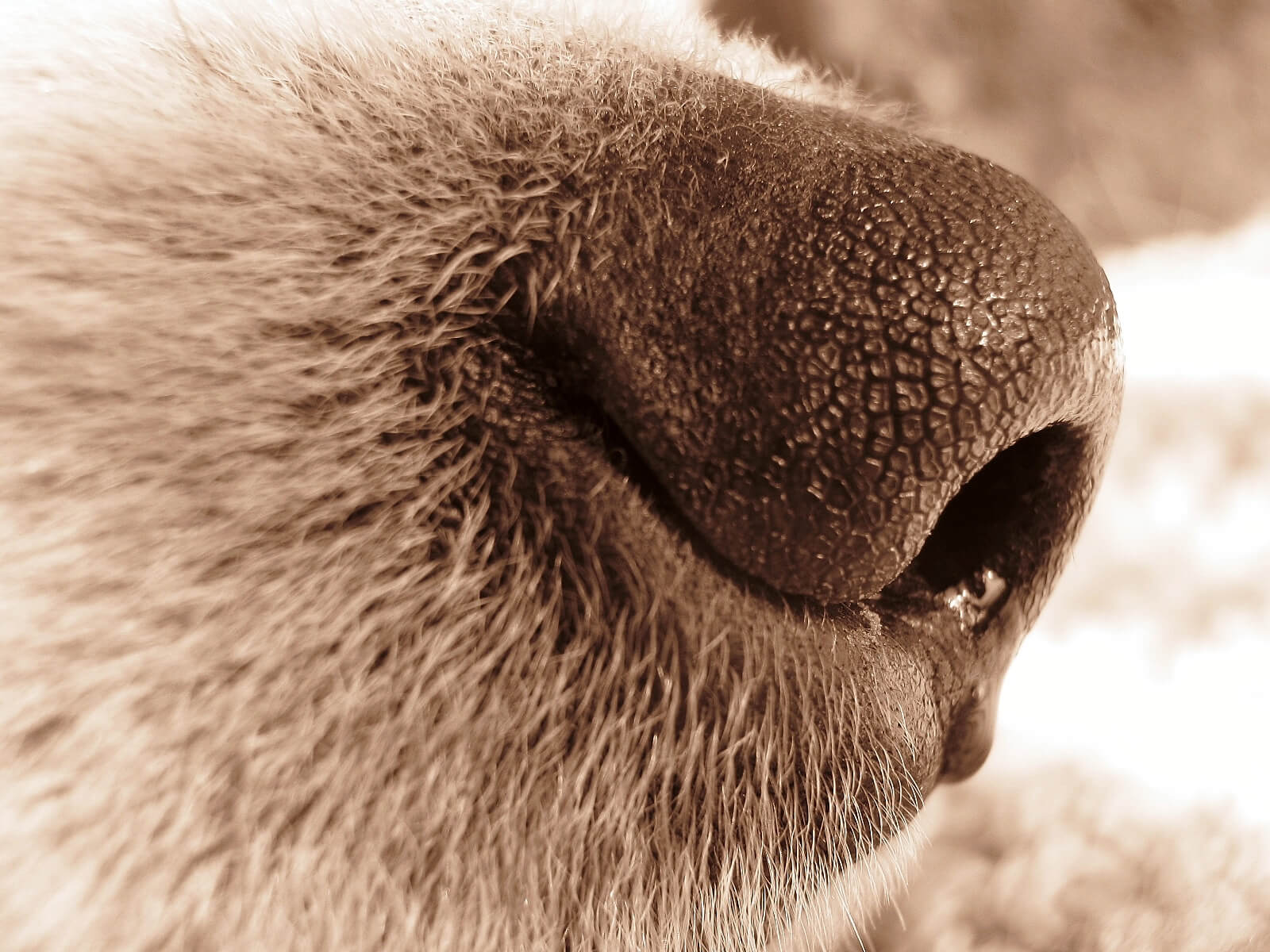 Dogs sense of smell… One of dog’s natural predispositions that bothers many human, and often inexplicably provokes disgust, is their tendency to sniff. But why do dogs sniff so much? We discover the canine sense of smell, dogs noses, and some olfactory games for our four-legged friends!

Dogs sense of smell | Why do dogs sniff?

Let’s explain the reasons why dogs sniff. It’s well known that dog’s sense of smell is far superior to that of humans, and dogs use their noses for things that we would use our eyes for: he explores his surrounding environment. During walks, it is especially important for them to sniff out the odors left by other dogs. For them, the leftover smells are actual messages, just like text messages or social media messages.

It is a social necessity for dogs to do “read these messages”, so much so that their need might even be superior to that of humans. So it is not surprising that our 4-legged friends like the smells of other animals. The sniffing dog is able to draw a map in his head where the street names are the reference odors, which may be useful to return home if the dog gets lost.

In fact, we’ve all heard comments like: “he ran away because of the storm but the dog found his way home all by himself“. How do you think the dog did it? It’s all thanks to the dog’s incredible sense of smell. The importance of smell also has led scholars to believe that nose games for dogs can be very constructive for the welfare and development of a puppy.

Nose games and search games then allow the dog to develop its exploration capabilities and their ability to find hidden objects. Sniffing games for dogs are also important to the morale and welfare of the dog as they reduce anxiety, elicit positive emotions and provide a feeling a gratification.