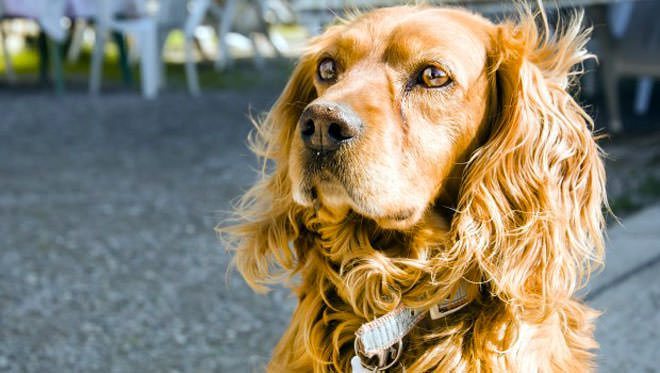 Compared to humans, dogs have a greater drive through their senses, especially thanks to their more better developed sense of smell and hearing. But is it true that dogs feel the earthquake in advance? Let’s find out together and analyze the behavior of dogs before an earthquake.

Dogs and earthquakes: Do dogs feel the earthquake?

Do you remember Schaula? The dog that rescued his family during the Abruzzo earthquake on April 6, 2009, giving the alert just before the most devastating shock? Or Seiko, capable of predicting the epileptic seizures of his human mother? There are even dogs who are able to predict the occurrence of a hypoglycemic crisis in diabetics, and dogs who blocked their master from entering a room, therefore saving them from the imminent collapse of the ceiling. They are all dogs capable of experiencing the occurrence of phenomena right before they occur, which, by doing so, can save our lives.

This is certainly due to their extraordinary senses: the dogs hearing, for example, perceives ultrasounds that we can not hear and their sense of smell can reach 40 times higher than ours. It’s enough to think that a Labrador Retriever has more than 220 million olfactory receptors, while a human being only 5 million. How many lives could they save due to earthquake prediction?

Like other animals, dogs feel the earthquake before us. This was known since antiquity. In fact, in Greek history, historians of the time wrote that in 373 BC animals left the city of Helice a few days before an earthquake devastated it.

Dogs and earthquakes: behavior of dogs before an earthquake

A Japanese researcher, Kyoshi Shimamura, who studied dog behavior before the Kobe earthquake in 1995, killing more than 6,000 people., sought to find out whether or not dogs could really sense an earthquake before it happened. The results of his research have shown that 18% of the animals, during the two months preceding and following the earthquake, began showing abnormal behaviors. The percentage increased as it approached the epicenter, where 60% of pets began to show unusual behaviors.

According to the Japanese scholar, we could study our four-legged friends in order to anticipate earthquakes in advance . But not everyone is of this opinion. Sarada Sarma, a seismologist engineer at the Imperial College in London, denied Shimamura’s theory, saying that dogs definitely feel something and bark for several reasons but it is difficult to determine if they are doing it for an earthquake, a thunderstorm or simply because they are behaving badly or they want their food.

It is no doubt that our friends can still perceive with hearing and by scent the abnormal environmental changes, especially those of the magnetic fields. The problem is to distinguish dog behavior before the earthquake with respect to dog behavior before certain events that are not closely related to natural catastrophes.

A dogs sense of direction and the importance of taking your...

Is it good to sleep in bed with your dogs? What...