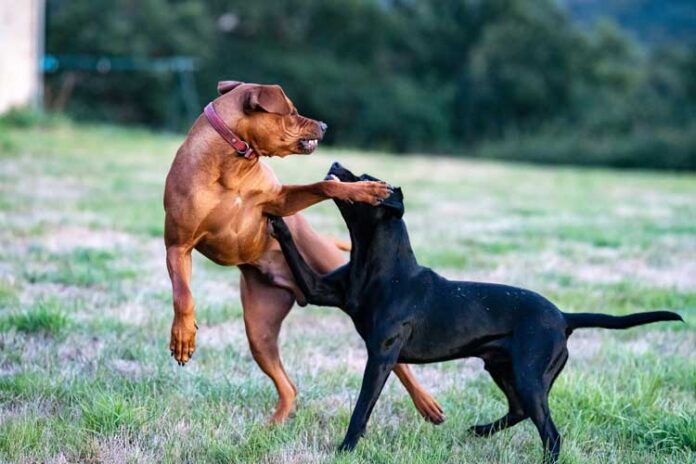 A little canine ethology…We will carry out an in-depth analysis on aggression in dogs, searching for the all the causes that can influence our pet’s behavior leading them to become aggressive dogs.

Aggressive dogs and the rules of nature

Let’s start by saying that aggression in dogs, is just like that of humans, it has two directives: hostility and attack. However, there is a notable difference between being aggressive and showing aggressive behavior. In the world there are those who are more prone to aggressiveness compared to other but generally this behavior is always attributed to the most important rule that exist in nature: survival.

In the end socialization allows a group to organize, and it’s worth saying that roles are assigned like protecting the weak, especially females and pups, following the second most important rule: preserve the reproduction of the species. Aggressive dog behavior can be divided in two main types: intra-species aggressiveness (between two specimens of the same species) and inter-species aggressiveness (between different species). 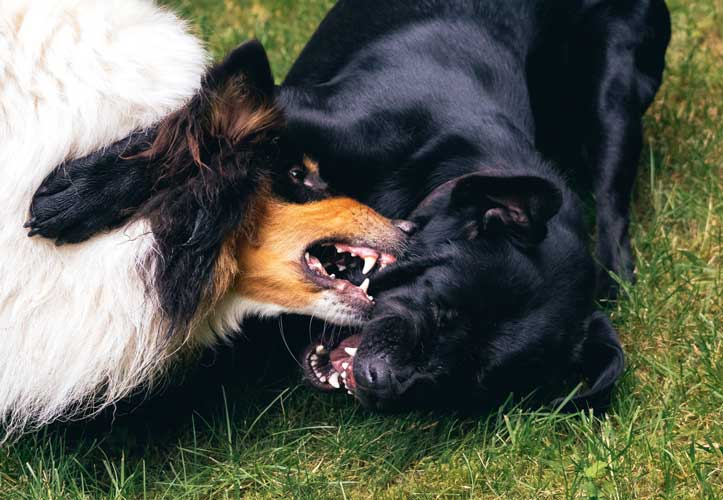 The causes of aggressive behavior in dogs

Canine aggressiveness is linked to three very important factors in a puppy’s life. The first has to do with competition. Puppies must complete among themselves to reach the maternal milk. Once they realize that they cannot manage relationships with their siblings just trough aggressiveness they adopt, on a subconscious level, other strategies like increasing their sociality. The second is the weaning. It is very important not to separate mother and puppies too early because they will not have learned how to manage aggressiveness, and they can develop fears and phobias. The third is competition with the father.

This phase is considered to be very important by ethologists, since puppies start to relate to the world around them and with the adult male dogs of the pack. The adult males are very important in teaching a puppy as we have seen because they are the first to correct them when they make mistakes.

As you can guess, these three phases are extremely important for a growing pup and if they are missing, you shouldn’t be surprised if you find yourself with an aggressive dog. This is in fact the same for dogs as it is for people, because upbringing determines so many adult character traits.

Forms of aggression in dogs

Aggressive dogs can show various forms of aggressiveness, each one being closely tied to precise reasons:

There’s no need to emphasize that dogs that go outside of their fences for a long time, even if they don’t run away, are manifesting these instincts that are completely normal, so we shouldn’t be surprised if they become aggressive in some circumstances.

Traveling with your dog: what to bring on vacation?

How to handle a meeting between two leashed dogs

Dogs and bikes, is it legal? Can you use a bicycle...