Do you have a dog that runs out as soon as you open the front door, the car door, or gate? If the answer is yes, we know that for our four-legged friends escape routes are an irresistible temptation! Unfortunately, many times this temptation can be dangerous; the greatest danger is that the dog could run out into the street and get run over. It’s a very common problem, but one that is not impossible to solve! We discover how to teach the dog not to get out of the gate in order to prevent possible tragedies!

Dogs, as you know, are curious, excitable, and with a strong desire to explore. Also, often they get bored and find a door or gate open grasp at the chance to get out. To teach the dog not to get out of the gate, there are designated exercises called “permissions ” that can be traced to the food ritual of the same name. It is not an impossible task, you just have patience and do the exercise described below with your furry friend. 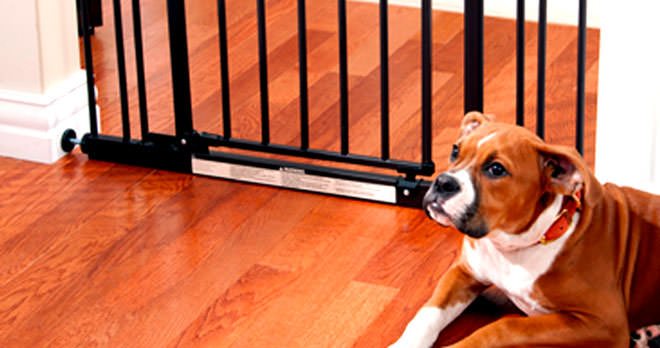 First you have to position yourself near the open gate or the door, or open slightly, and close it gently if your dog tries to get out. You’ll have to repeat the exercise until the dog calms down, waits, and watches. When the dog is relaxed, you need to go through the open door or gate and call your dog to you- only then will the dog will be able to cross over and join you.

A little note: in the first phase, if your own dog does not want to sit still and calm, invite your friend to sit in front of the gate with the “sit command.” Open it and as soon as he tries to escape say “NO”, in an authoritative tone while accompanying him back inside the house in order to repeat the exercise.

What if the dog escapes?

Remember that if your dog is shy or very unsure of himself, the exercise mentioned above must be done with moderation. Alternatively, you could try with the release command that is often used to give the dog permission to do other things, such as eat the food you’ve put down for him. This technique can also be helpful for dogs in cars so t hey don’t jump out the minute you open the door. In this case you can open the door by holding the dog on a leash and then telling him to sit and stay. When the dog no longer attempts to escape, say “OK” and let him to get him down.

Of course, before conducting such exercises, we assume that your dog knows the basic commands such as sit, down, and stay not to mention the word “no”. Finally, you have to consider that the thresholds are critical sites for any dog for one simple reason: they restrict his movements. For this reason it is always unwise to stand in the company of our four-legged friends near a doorway or gate in public places, especially when two dogs are running to meet one another.

Dogs and babies | Preparing dog for baby and introducing baby...

How to stop dog barking at other dogs and why he...