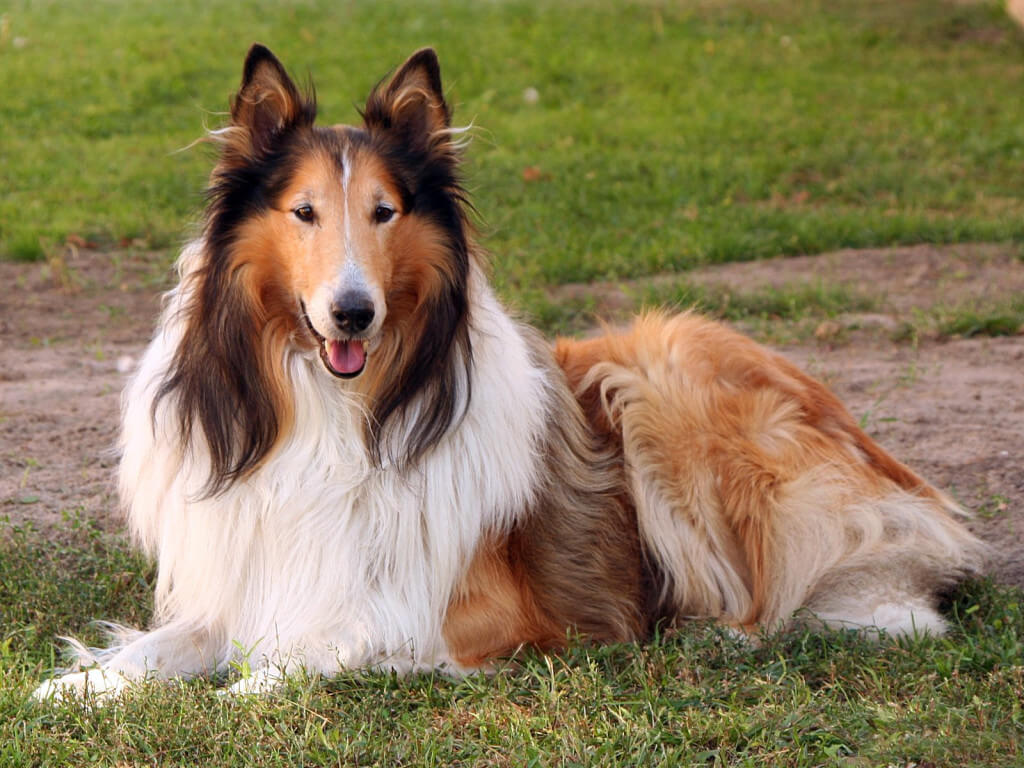 Who does not know the Collie … aka as the Scotch Collie, best known thanks to the legendary Lassie that has enchanted generations of children and adults with his courage, intelligence and dedication. The Collie is a Scottish sheep dog that is divided into two types: Smooth Collie (shorthaired Collie) and Rough Collie (long haired Collie). We discover the origins of the character of the Collie, the breed standard and other curiosities of this magnificent breed!

Origins and History of the dog Collie

The history of the Collie is not very clear, so much so that there are many theories about it. The first sees the progenitor of the Collie, derived from a cross between the local sheepdogs and Roman ones, brought to Britain when it they were invaded by the Roman Empire. This breed in turn, once in Scotland, would have been further developed into Scottish sheepdog that we all know today.

A second theory, however, considers the collie dog to be a breed of mater optima: i.e. a breed that has remained almost unchanged throughout the centuries. Many scholars have argued that this is the oldest breed that man has ever tamed. Darwin himself was convinced: he elaborated a hypothesis according to which the Scottish Sheepdog would never change over the centuries. 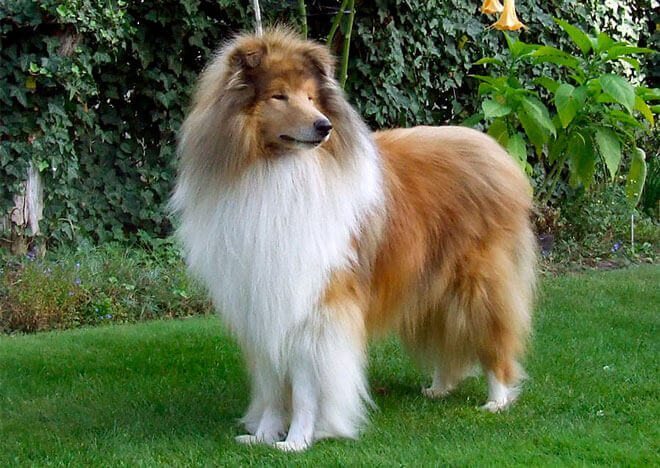 Recognition of the breed collie

It was only in 1876 that the Scottish Collie was officially distinct from other breeds of sheep dogs and subdivided into two broad categories: Rough Collie, i.e. the collie with long hair, and Smooth Collie , the shorthaired Collie. Official recognition came about in 1895, when the real selection of the breed began.

The current breed (the one we know today) is due to Mr. Evelyn Shirley Sewallis ( Lord of the Manor of Ettington ), famous breeder of hunting dogs and secretary of the Kennel Club. He was the one to raise “Trefoil“, the dog considered to be the first purebred collie registered with the studbook, although the progenitor of the breed is still sometimes recognized as “Old Cockie “, born in 1867.

Even with the name you have no certainties. According to British agriculture dictionary of 1843 the word “Collie ” would seem to indicate a sheep with black muzzle and paws. This type of sheep was called “col “, the ancient Anglo-Saxon word for black. So Collies would be the dogs that led these types of flocks.

Unfortunately today the Collie breed standard original (the one created in the seventies) has been seriously compromised. The Scottish sheepdog has been shrunk to the point that those who are fond of Lassie gravitate to the standard, which is influenced by the American version which, and, although slightly different is still the original. The Collie belongs to the group of herding dogs and has a height at the withers which varies from 56 to 61 cm for males and from 51 to 56 cm for females. The ideal weight of the collie should not exceed 30 kg, the average is around 20.5 to 29.5 kg for the male and around 18 to 25 kg for females.

With regard to the care of the coat, you should groom the least once a week, brushing carefully following the direction of the fur. Regarding feeding, up to the first six months of life, it is advisable to feed puppy food at least three times a day. From six months onwards we can get down to twice a day, replacing the puppy food with a healthy and balanced diet, possibly based on fish in the warmer periods in order to decrease their calorie intake.

Today the Collie is no longer required as a working dog (though he is not afraid at all to perform these activities), but rather is considered a companion dog because of their “empathy” with their master, recognized by many. The Collie is a dog suitable to everyone, including the elderly, since it is capable of great understanding; in fact it is no coincidence that the Collie is a formidable dog for the blind, even though today many prefer other dog breeds to carry out this type of work.

The Scottish shepherd dog is definitely high on the list for children-suitable dogs, as they play with them and are the first to defend them as they are reprimanded. Collies are intelligent dogs that love to play ball with their master and easily learn commands! They’re a dog that loves peace, does not like loud noises or sudden changes, is very routine, sensitive and reserved. 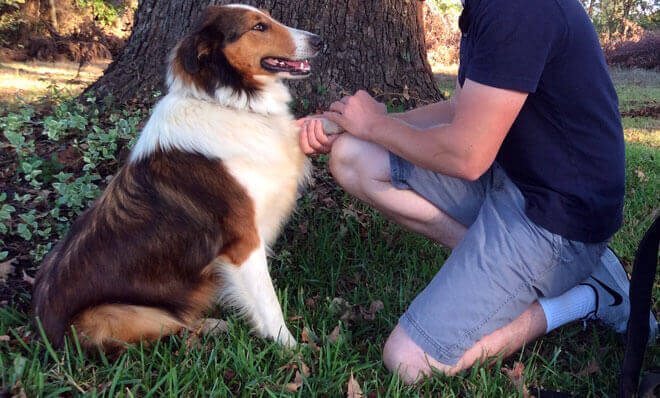 Collie puppies, from birth, show incredible sensitivity, are simply fantastic and it is impossible not to fall in love at first sight! However, if you intend to buy a Collie puppy , we recommend that you find a recognized and reliable Collie breeder, who is able to provide all necessary information and the veterinary certificate. This is because the Scottish Shepherd suffers from hereditary eye diseases such as PRA ( Progressive Retinal Atrophy ), diagnosed in the early months to seven years of life and CEA ( Collie eye anomaly), seen in puppies from the seventh week.

Lassie | the most famous collie in the world!

The Rough Collie ( longhaired Collie ) was almost unknown in London until 1860, when the Shorthaired Collie was much more prevalent. It seems that the Rough Collie came from Scotland to the countries of the south of the UK thanks to the development of the railways. Not surprisingly made his first appearance precisely in Birmingham in a show dog, which was a huge success. The great popularity of the Collie breed took off with Queen Victoria, who fell in love while on holiday at Balmoral Castle in Scotland. It was thanks to the Queen that these herding dogs became aristocracy dogs.

Much of the collie breeds success comes from the book by Eric Knight ” Lassie Come Home “, written in 1938. ” Lassie Come Home ” was first published as a short story of The Saturday Evening Post, and only in a second half was developed as a novel. Lassie, the protagonist, has been shaped by the author based on her collie “Toots”. Unfortunately, Eric Knight, who was a major in the US Army, was killed in 1943 and could never see the success of his novel and the films that followed, especially the first which was filmed the year of the author’s death.

Today the collective imagination thinks that Lassie was sable in color, i.e. red-sand, is due to the film. In fact, in the novel Lassie is a tricolor Collie. With the advent of TV, international audiences fell in love with the series and the movie Lassie, a resounding success that made the Lassie breed the most well known breed of dog in the world!