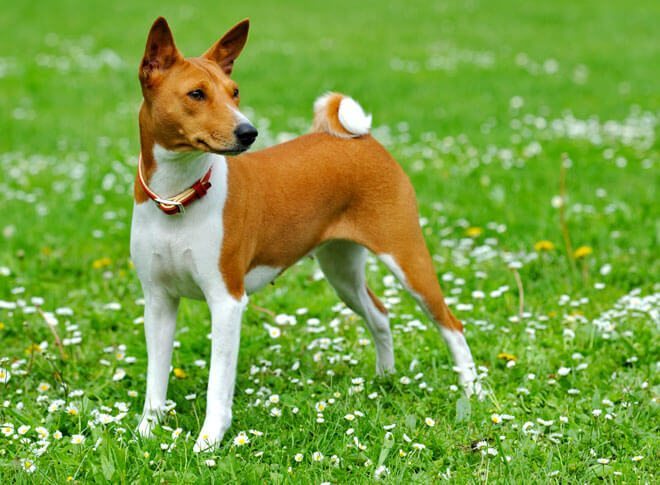 The Basenji, also called the Congo dog, is considered the most cat-like of all the dog breeds. We discover the characteristics of this wonderful dog breed, the character of the Basenji dog, its origins and other curiosities.

Origins and history of the Basenji dog

The Basenji is an ancient dog, and this is proven by the fact that his depiction was found in graffiti dating back five thousand years and then, 3,600 years ago, in many Egyptian tombs, among which the great pyramid of Cheope. For this reason, the Basenji was also called the dog of Cheope. In ancient Egypt , the Basenji dog was therefore widespread, favored by many pharaohs and sometimes considered sacred. They were often represented in tomb decorations and were considered to be capable of accompanying the dead in the afterlife. The Basenji dog was also depicted sitting at the feet of their owners or under the chairs.

It is not certain whether the first Basenji arrived in Egypt as a gift from the Pigmean populations, or if Egypt had come to Sudan and then to Congo following a military defeat. Egypt lost the war with Sudan, and at that time, the trophies of the winners were the most precious things of the defeated people, in this case: precious metals, women and dogs. However, the most accredited theory is the first, that is, that they originate in the Congo in the heart of the Azur forest.

The Basenji dog was believed to have been extinct until the British explorers discovered it in the mid-1800s between the Congo and Sudan in 1870. A few years later, in 1895, the Congo dog entered the National Cruft’s Show Of London, one of the most famous international dog shows. In fact, the British protect the Basenji Breed – among other things, some scholars claim that this dog may be the progenitor of many breeds of terrier. 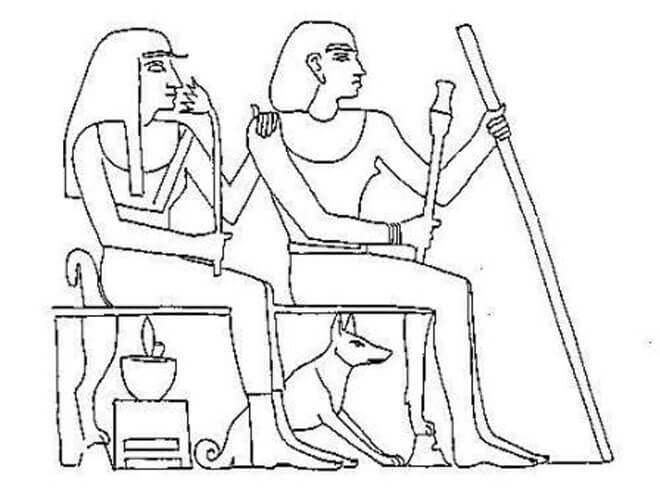 Interesting facts about the Basenji dog

The Basenji is a little-known dog breed and often the Congo dog is mistaken for a mutt. It is actually one of the oldest dogs on the planet. It is among the so-called primitive dogs and comes from central Africa, particularly from the Congo , in fact its name comes from the same population of the Congo River region, the “Bashingi “, and more precisely from the world “indigenous” in the native Bantu language. It is also known by other names: Egyptian dog, African bush dog, avuvi, ango, angaried and “dog that does not bark” and indeed they don’t bark, but they are big chewers! Other than the uniqueness of their voice and tendency to howl, singing, another peculiarity that unites the Basenji with other breeds of ancient dog is that the females get into heat once a year, just like wolves.

The Basenji is a hunting dog, and were used specifically to hunt antelope, pushing the prey towards hunters’ nets. In addition, since its earliest times, thanks to its excellent vision, speed and silence, it was used by the Pygmy tribes to follow wild wilderness trails and to give warning when wild animals were approaching human villages. Africans also considered him to be able to drive out evil spirits, so they used them as guard dogs in defense of their homes.

The largest dog breeder in the Basenji dog was Mrs. Olivia Burn, who bought dogs from Pigmei several times in the Congo basin. After several failures (many dogs died of distemper) Olivia finally managed to breed them, presenting in 1937 at the National Cruft’s Show in London, the first Basenji puppies. The spread of this canine breed in the West must, however, is thanks to the efforts of an English breeder, Veronica Tudor Williams, who spent years in Africa in search of the best specimens.

The Basenji is a small / medium size dog: the height at the withers is 43 cm for the male and 40 cm for the female. The weight of the ideal Basenji is 11 kg for the male and 9.5 kg for the female. The head of the Basenji dog is made up of a flat skull of medium width, with a light stop and wrinkles between the ears and over the eyes. The latter are almond-colored and dark-colored while the ears are small and pointed.

The neck is elongated and definitely sturdy, but the body is well proportioned with a short and straight back. The limbs are fine but are at the same time long and muscular. The legs are really small and compact, but the tail has a high hanging with the peculiarity of rolling spiral over the spine. The dog’s basin hair is short and the colors can be: whitish white, whitish white and black, black, black white and tiger. 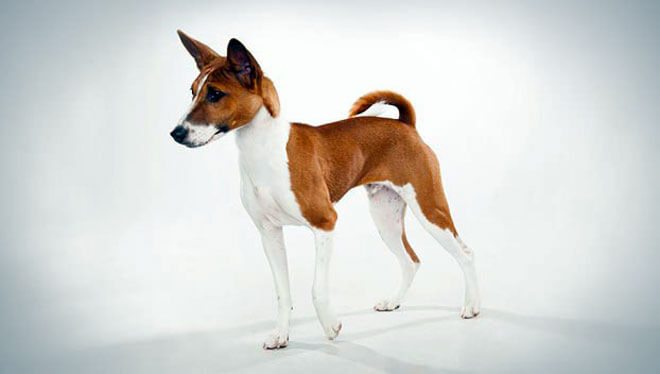 The Basenji dog, despite hating water, is a very clean dog that doesn’t smell, as it cleans itself just like a cat does. As for feeding the Basenji dog , we can tell you that it is by no means demanding and you do not have to worry about them eating a little less than other dogs of its size. They have very strong jaws, which allows it to eat bones generally unsuitable for other dogs. 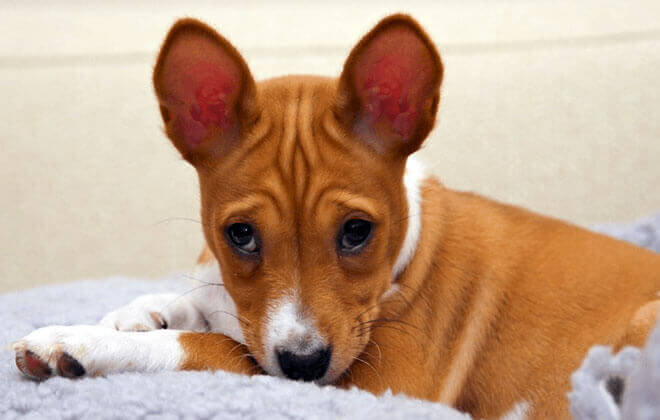 The African dog is very intelligent and reaches the pinnacle of its development around the age of four. The Basenji character is extraordinary, it’s both a hunting dog and a pet dog, and for the joy of many, it’s also a dog that does not bark. It is a dog suitable for children , but at the same time dominant, ruthless, and independent. They have a relationship of friendship with man, but they never submit. Like all the hunting dogs, they love to position themselves strategically in elevated locations where they can better control their territory. They like company, and if they are left alone and isolated can become highly destructive (just like all dogs), and they will tend to run away looking for another master without turning back.

Basenjis have a big handicap for urban life, being fearful and independent, tending to chase cars as if they were prey. This aspect should be corrected with good training in order to avoid unpleasant situations. These features make it unsuitable for those who have little time to devote to their dog or who are wary of the aforementioned situation with cars (unless they are trained by a good trainer) as it is easy to see their intelligence, independence, and fearfulness as an ability to control their human friend without the person even realizing it. 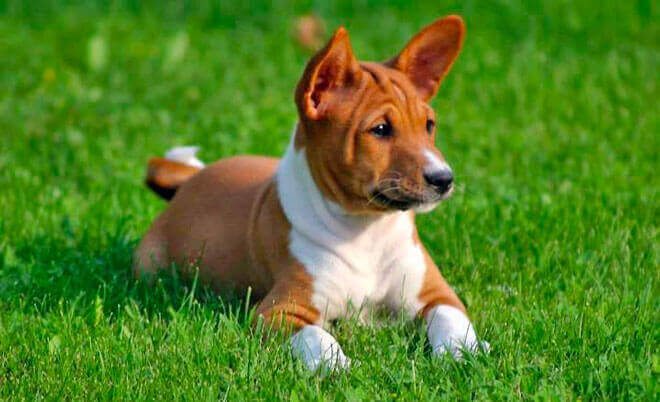 As already mentioned, the Basenji is not a well-known dog, although there are Basenji breeders specializing in this beautiful canine breed. Since the cost of the Basenjiis about 2.000$ we strongly advise you not to buy Basenji puppies online, and to only work with a reputable Basenji breeder that can give you advice and accompany you during the growth of this beautiful specimen of dog. 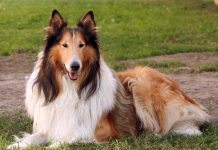