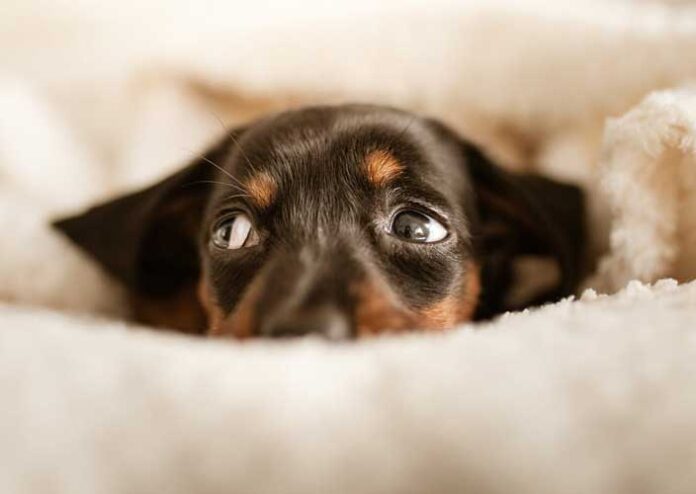 It’s not just humans who feel afraid and who suffer from phobias, a frightened dog needs understanding and support just like any other member of the family! We discover the causes of the phobias in dogs , the best remedies for the phobic dog , and what to do in case of panic attacks in dogs …

Symptoms of phobias and what are dog phobias

The term ” phobia ” comes from the Greek word for “fear and panic”. The word denotes an irrational fear and abhorrence against certain situations, animals, people, and objects. In severe cases, it can even limit the autonomy of the dog, because, even if the object of the phobia does not represent a real danger, is perceived as such.

In addition to the classic example of the dog who scared of thunderstorms and car rides, we can have a dog who is afraid of people wearing hats, things that wave in the wind, as well as a dogs who are frightened of the vacuum cleaner. Needless to say, dog phobias are a psychopathological event that occurs when our four-legged friend is not fully inserted into its surroundings. The phobic dog is not so very different from a person who is afraid of everything, even if the behavior of a frightened dog is definitely “less controlled” than that of humans.

The phobic dog, in addition to the normal fear identified with the classic symptoms of a scared dog: low, pulled back ears, eyes fixed , and tail between his legs , can manifest in emotional behavior with loss of self-control and autonomic responses, i.e.: releasing urine, feces, fluid from the perianal glands and excessive salivation. 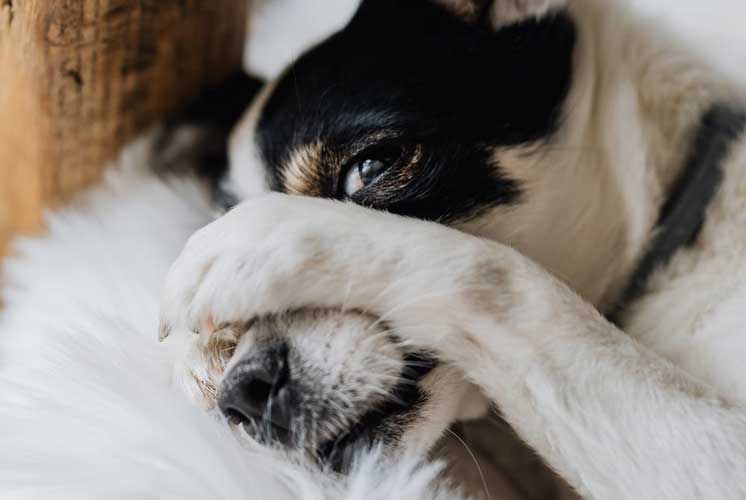 The main causes that generate fear and phobias or panic attacks in dogs are due to a lack of familiarity with objects, people or situations. They are often connected to a traumatic event or are due to alteration of the evolutionary process, the processes of socialization and attachment of the dog . If our four-legged friend has the classic symptoms of a generalized phobia, the cause is to be found in some sort of evolutionary alteration; however, if the dog phobia is aroused by a specific target, it is possibly due to unfamiliarity with the subject in question or some sort of traumatic experience.

If your dog suffers from separation anxiety or is removed from the mother too soon, there will be definitely states of insecurity, lack of autonomy and poor socialization. Everything depends on the responsiveness to stimuli acquired by the puppy in the first months of life. For example, if the dog is raised in a noisy environment, when he goes to the city will have no fear of loud noises , or develop phobias of common loud noises, such as closing the shutters, slamming a window or a door, etc. If, however, the puppy spends his first months in a quiet environment, and is then moved to the city, the chance of developing phobias against loud noises will be very high.

The lack of socialization as a puppy can lead to the development of fears and phobias in dogs. These are known as social phobias or relational phobias, referring to certain subjects and situations. The  dog phobias are due to trauma or lack of familiarity and are usually easily cured.

Dog phobia remedies: How to cure phobias of dogs

To help our dogs overcome their phobias, we need to work on several fronts. First and foremost: self-sufficiency, or working towards raising self-esteem in dogs , transmitting to the dog the perception of being able to address the problem on his own. Later we will focus on his interests, for example by exploring his surroundings with is nose, or hiding treats around the house and letting him find them. Finally we will expose the dog to the precise thing he is afraid of, which will condition him and get him used to it.

For example, if the dog is afraid of the vacuum cleaner, you’ll have to bring your friend over to the vacuum cleaner (when its turned off!) and reward him with every step he takes towards it. Once he’s used to the off vacuum, you’ll have to turn it on, possibly at low intensity, so that the dog gets used to the noise, and finally pass the vacuum cleaner normally,  always rewarding the dog when he stays come and starting again when he freaks out. Also remember that there are many soothing herbal remedies on the market specifically made for dogs. If your dog is afraid of everything, they will be of great help!

Does your dog eat grass and then vomit? Let’s find out...

Male dog sterilization, when and why castrate your dog?

Shaking and trembling in dogs, why is my dog trembling?