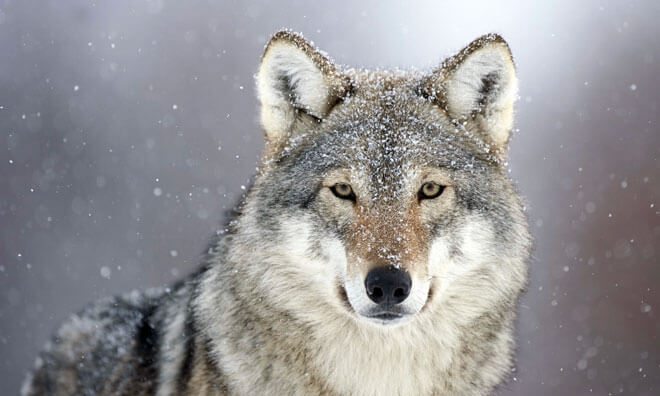 Scientists are not yet entirely clear how and when the domestication of the dog happened. The origins of the age-old friendship between dog and man are lost in the mists of time. When we speak of this friendship the scientific community is very divided… We discover the process of domestication from wild wolves to dogs, observing several scientific studies.

The process of domestication of the dog

For many years it was believed that dogs entered man’s life when our ancestors decided to bring wolf pups in their camps. It would thus be a gradual metamorphosis. This hypothesis, formulated in 1907, is due to the British scientist Francis Galton, but by today’s scientists, this theory did not take account of the fact, that the domestication of the dog is a process that takes hundreds of years. Therefore, despite the care given to wolf cubs, the latter would then be returned to their environment as the lure of their natural habitat  is something man could never, ever have reduced in a single generation.

Just with these considerations, today’s experts seem to favor the hypothesis of self-domestication. The first men left carcasses of animal bones at the edges of their camps. It had to have been something very enticing to the wolves in order to convince them to approach the camp. It is believed that these wild wolves, well-fed puppies who were used to humans, began to achieve distinct advantages.  When these wolves then began to eat out of the humans hands, he underwent the process of so-called active domestication. Later, the wolves were integrated in human settlements as hunting companions, shepherds, and guardians.

What science says about dogs and wolves

One study by the Scottish University of Aberdeen has hundreds of ancient skeletons of dogs and wolves, showing us, through these bones, when the domestication of the dog occurred. For example, the flattening of the tips of the dorsal vertebrae would suggest that these animals brought loads on their backs; the lack of molars in the lower jaw instead shows the use of bridles and then towing tasks. According to a Japanese study, dogs used a powerful weapon to win over the heart of the human: oxytocin.

According to Takefumi Kikusui, ethnologist at the Azabu University in Sagamihara (Japan), the dogs would be able to apply the typical mechanism by which we build the relationship between mothers and children: the one by which staring into one another’s eyes stimulates the mutual production oxytocin, a hormone that builds confidence and allows you to understand each other even without verbal communication. The domestication of the dog has a complex history, still full of mysteries, but one thing is sure: he allowed man to survive; if we are here it is partially because of them- try to remember this!