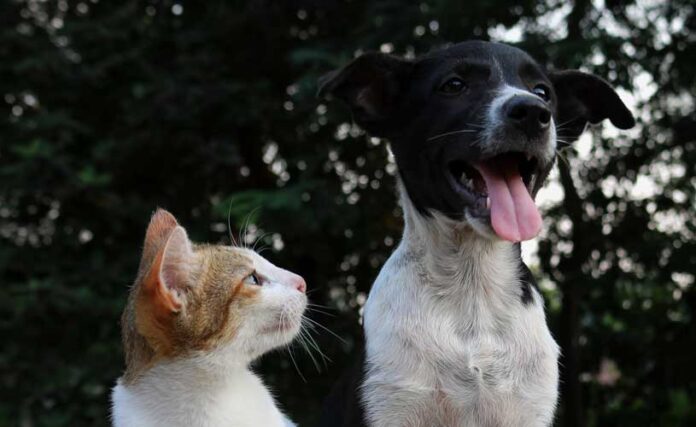 Often the famous saying ” fighting like cats and dogs ” is worthless, despite their differences; Dogs and cats can live happy without any problems, unlike many two-legged individuals who always find a reason to fight! More and more often we hear about dogs and cats that live peacefully under one roof. In fact many times they eat, play, and even sleep the next to each other. That said, it is also true that dogs and cats together do not always get along in love and harmony. Here’s some advice to improve the coexistence between dogs and cats!

Differences between dogs and cats

The rumored antagonism between dogs and cats is now proven to be basically untrue, or maybe actually never existed! It was probably just human beings who historically considered the two species irreconcilable and have done everything to entice them against each other! Undoubtedly they are two very different pets in the way they communicate and interpret the world around them. But dogs and cats definitely do not have problems getting along, they can understand each other very well,  and ultimately there are only a few differences between cats and dogs !

For example, the dog has a keen predatory sense, more or less marked from one subject to another, so the a cat could become a potential prey, perhaps because of the cats tendency to make sudden movements. In fact, if you notice, when a dog chases a cat, and the latter stops, the dog stops running after him. It seems that with the passage of time the ‘ intelligence of the cat has taken over: it is increasingly rare to see a cat runs away, on the contrary, it is easier to see a cat hissing at a dog but staying put! There is no form of antipathy between cats and dogs, but only differences dictated by nature. If both parties respect them, the coexistence between cats and dogs is guaranteed! 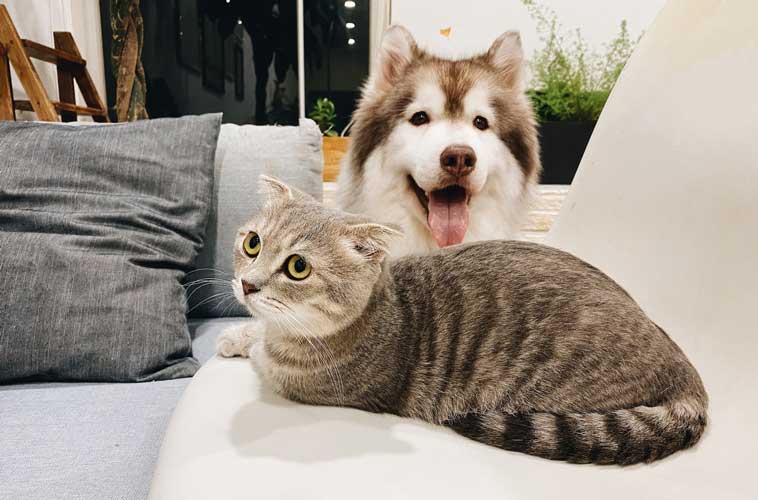 How to improve coexistence between a dog and a cat

If you want to understand how to live with cat and a dog together, without any particular problems, it is important to raise them together from puppyhood and kittenhood. Conversely, if the two pets are introduced as adults, m some small problems of antagonism may arise, but nothing irreconcilable. At most, you may need to make a few small lifestyle changes, such as feeding them in separate rooms so they don’t disturb one another. It ‘s also important to treat the two animals equally- remember that disparities can trigger jealousy. It is not unusual to find dog who is jealous of a cat and vice versa.

If the dog is jealous of the cat, for example, it might complain that the cat is treated with greater attention and sensitivity. You should therefore avoid scolding one in the other’s presence! Same applies if you want to reward one of them, do not forget to save a treat for the other! After establishing an understanding between the two, be careful and never underestimate them, if you’re missing something they definitely aren’t! Despite these small hints, coexistence between dogs and cats offers incredible moments of happiness! Many pet lovers rave about how fun it is to have dogs and cats together, so there really is no surprise!

Is it good to sleep in bed with your dogs? What...