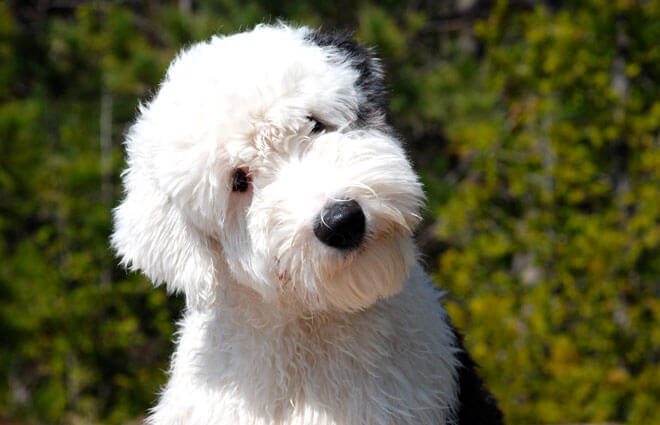 Origins and History of the Old english sheep dog

The origins of Old English Sheepdog are very murky. Some say they originated in the county of Dorset, while others place them in Oxfordshire, and others in Wilthshire or Sussex. One thing is certain, the onset of the breed at shows was not among the happiest, as three specimens of the breed that presentedin the Expo at Birmingham in 1873 were rejected and only won a secondary prize.

It was only about 1885/1888 that the first breed standard of the bobtail dog was written and it has remained virtually unchanged to this day. 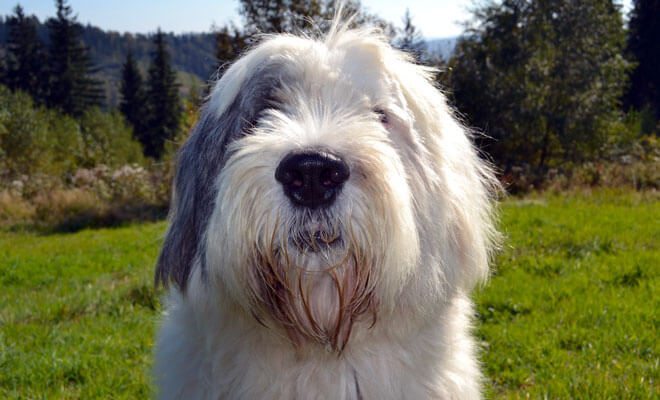 The Old English Sheepdog belongs to the Sheepdogs and Cattle Dog group , and has a shoulder height of 61cm for males and 56cm for females. The Bobtail colors allowed by the breed standard are grizzled, blue and all shades of gray. The hair of the dog bobtail is thick and rough with a woolly and waterproof undercoat. The dog’s head is very big, with small ears and a well-defined stop.  Bobtail Dogs can weigh as much as 45kg! 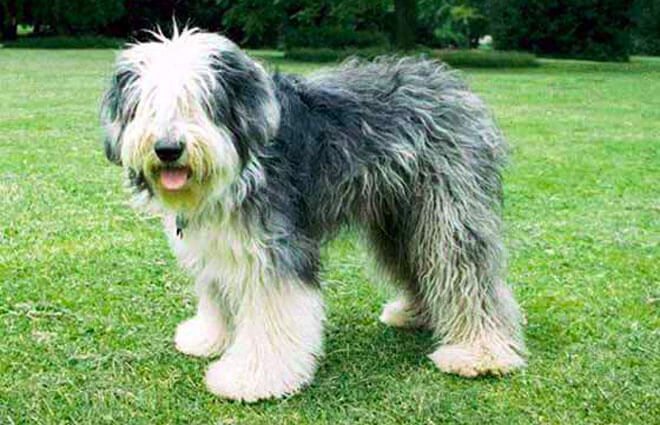 Bobtail dog fur needs to be brushed at least once every fifteen days and owners must pay particular attention to cleaning the dogs ears, as the hair grows abundantly in that area of their body. During warmer periods, given their long hair, you also must pay attention to parasites that may lurk on their coat, especially if they spend a lot of time outdoors. A yard would be ideal for the Bobtail dog, but they also adapt well to apartment life!

The powerful Bobtail dog needs a healthy and balanced diet to provide them with all the necessary energy. Avoid running with them, because as we already mentioned they are docile and quiet dogs. 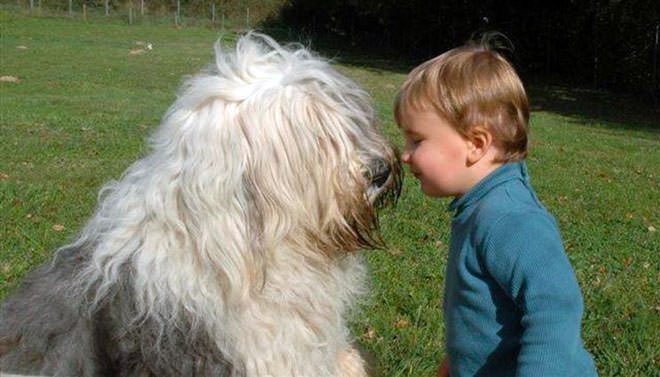 The character of the Bobtail is docile and calm, gentle and amiable, soft-spoken in his every move. This is why it is not considered the greatest dogs for dog sports, such as agility, discs, freestyle or obedience Not that they can’t do these things, there is always the exception that proves the rule, but at the base the Bobtail dog is happiest with simply a loving relationship with their own. The Bobtail is considered more appropriate as a pet, a sheepdog, and a guard dog.

In fact the term “docile” does not mean that they are very good, amiable and friendly at all times. Though they generally are, as long as they are not provoked. In each case has a unsurpassed quality… most Bobtails are extremely friendly dogs that love children enough to withstand all of their antics ( though of course there is always a limit, it is up to you to educate your children on how to relate to him in the proper way).

The Old English Sheepdog is one of the few breeds of dog that, despite its enormous size, manages to be delicate with children, the sick and the elderly. With everyone else … let’s say some of them have the delicacy of a hippopotamus! 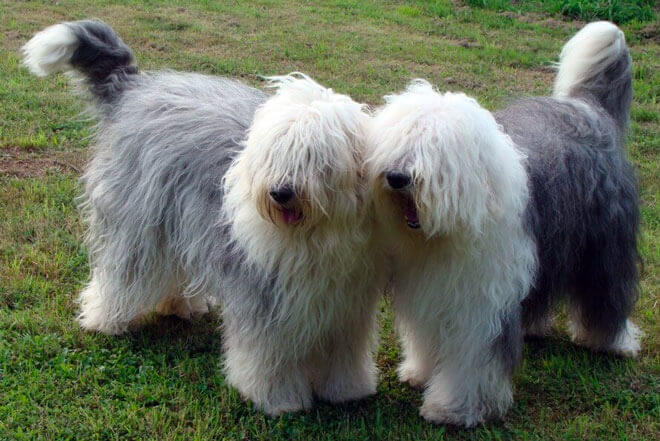 Raising a Bobtail puppy is always a satisfying experience. Bobtail puppies participate in the life of the family with great care, they need to constantly express their emotions and they do it by taking many initiatives (sometimes too many). They are very smart dogs, and even if they enjoy their time in the yard, that does not mean that you have to leave them by themselves, they would die of loneliness!

Looking for a mini sheepadoodle for sale? Unfortunately in 2012, the ENCI counted only 71 puppies bobtail in Italy and their population has declined compared to the past decade, mainly because of their size and theire grooming needs. One thing is certain, those who know the breed would never have another type of dog!

Today when naming the bobtail we immediately think of Mosè Lupo Alberto or the dog of Al Pacino in Serpico. Some of us associate them with the Disney film ” The Little Mermaid “: the Prince Eric’s dog named Max is a Bobtail. Apart from these appearances the Old English Sheepdog has never had much prominence in movies or on television. Perhaps because his attitude is not very strong, although it is worth remembering that Paul McCartney’s dog , Martha, was a Bobtail, and to whom was also dedicated the song: ” Martha my dear .”